The Cyprus government announced officially on Thursday, 17th September 2015 the amount of the discounts that will apply to those who pay their Immovable Property Tax (IPT) by 30th November 2015. They are as follows:

c) There will be a penalty attached to any payment made after 30th November 2015.

There has been a recent announcement by the Cyprus government that there will soon be an increase in the amount of discount given to those who pay their IPT early (before 31st October 2015).

The discounts will apply as follows:

a) Payments made either online or through the bank before 31st October 2015 will have a 17.5% discount.

b) Payments made in person at the tax office before 31st October 2015 will have a 15% discount.

As there are approximately 6 weeks in front of us before the discounts end on 31st October 2015 it doesn’t hurt to wait a little – until the official announcement of the date that the increased discounts will apply – in order to take advantage of this offer. 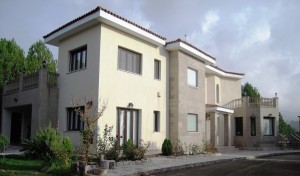 It’s now the time of year again in Cyprus when immovable property tax needs to be paid by all those who have a contract of sale or hold the title deeds to their properties.

If the 1980 value of the property shown on the title deed is under Euros 12,500 (Twelve Thousand Five Hundred) then no tax is due.

If in any doubt as to whether or not you owe immovable property tax, it is always best to visit your local tax office with a copy of your contract of sale and/or title deed for clarification.